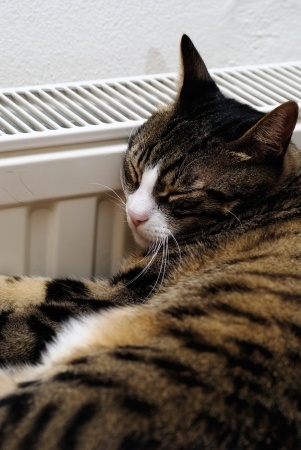 What’s in a name, you ask? Well, actually quite a lot when it comes to picking the right brand of boiler.

Perhaps you’ve heard of  Worcester Bosch boilers, for example. But what about Glow-worm? Or Baxi Potterton? There’s so many brands to choose from, each with their own set of pros and cons.

I’m well aware that choosing a boiler isn’t an easy decision, especially as they tend to be a bit of an investment for most families.

That’s why I’ve been putting together a series of comparison blogs, where I pit Worcester Bosch boilers against many of the other leading brands (last time it was Worcester vs Vokera).

So, this week I’m going to be looking at Glow-worm boilers to find out just how they compare to the current market leader and  Which ‘Best Buy’, Worcester Bosch.

Like Worcester, there’s quite a good range of Glow-worm boilers available, and you can choose from combi, regular and system. Both brands have a compact range, which can fit inside your kitchen unit or ‘Edinburgh press’ cupboard.

Glow-worm are part of the Vaillant Group, which is a reliable brand. However, Glow-worm are sort of like Vaillant Group’s budget boiler. Because of this, they are fairly reliable, but as they get older they are prone to leaks and electrical faults. You might begin to see a lot of display errors on your Glow-worm boiler.

Worcester Bosch boilers are known to be one of the most reliable brands on the market, backed up by their market-leading guarantee, which I’ll tell you more about below.

Glow-worm boilers come with a two to five-year guarantee, which is managed as part of the Vaillant group service. The benefit of this is that they have their own dedicated team of engineers – you won’t find this from many other budget boilers.

However, when it comes to guarantees, Worcester Bosch beat that with their market-leading eight-year guarantee. They also have dedicated engineers which are experienced with the brand and know exactly how they work, 100 per cent of the time.

Glow-worm boilers are marketed as budget boilers, so they basically do exactly what it says on the tin. They’re known to have cheaper parts, and appeal more to the economy-conscious customer.

Worcester Bosch’s reputation is one of the best on the market, and the brand has been voted Which’s ‘Best Buy’ for four years running now, so there’s really no question about who wins this round.

Glow-worm boilers tend to be about £250 cheaper than Worcester Bosch, which is ideal if you’re on a budget.

Glow-worm have a package deal that includes an optional boiler clock and flue with some of their combi boilers – if you want these extras with a Worcester Bosch boiler, you’d have to pay extra.

An issue with Glow-worm boilers is that they also tend to use plastic housing and cases, which just aren’t as robust as the brass fittings you’d find on a Worcester Bosch, leading to split washers and hairline fractures.

So, now you should have a better idea of how Worcester Bosch and Glow-worm match up to each other.

If you’re in the market for a cheap but fairly reliable budget boiler, Glow-worm has plenty of appeal. Part of the Vaillant brand, they have a good name with their own team of dedicated engineers behind them, plus additional clock and flue packages to save you even more money.

However, if you want a boiler that really lasts the distance, with the longest guarantee, Worcester Bosch wins out. It may be an extra £250, but with a Glow-worm, you could be paying the price later on.