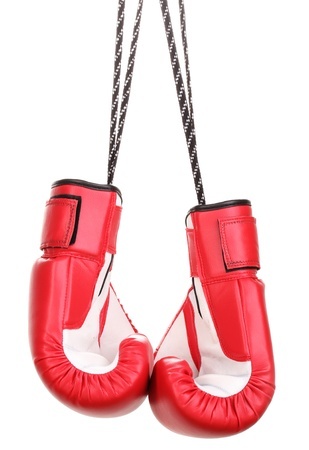 Do you hate making important, complex buying decisions as much as I do?

If you’ve recently been faced with the decision of replacing your old, sluggish, temperamental boiler, the chances are you may not appreciate the next decision you’ll have to make: which brand do you go for?

That’s why I’ve been putting together a series of comparison blogs, where I pit Worcester Bosch boilers against many of the other leading brands (last week was Baxi Potterton).

So, this week I’m going to be looking at Ariston boilers, and just how they measure up to the current market leader and Which ‘Best Buy’, Worcester Bosch.

Ariston offers combi boilers and system boilers (no regular boilers). Their boilers tend to be large and bulky, with no real compact range – so, unlike some Worcester Bosch boilers, they won’t fit inside your kitchen cupboards.

Ariston boilers also have a more limited range of boilers. In comparison, Worcester Bosch has the option of the more popular 24kW output, and a range of boilers that work well with all outputs and applications.

Ariston boilers were always known to be not quite as reliable as other leading brands – such as Worcester Bosch, which is recognised as one of the most reliable boilers on the market. Saying this, Ariston boilers are known to be fairly reliable boilers now – and most recently, they’ve surprised everyone with their new CLAS NET ONE range – which is a bit of an upmarket surprise!

One of the main problems Ariston boilers tended to have is that they used cheaper components than Worcester Bosch, which in particular often leads to the passing and leaking of the expansion vessels. With Ariston boilers, these tended to need replaced or recharged after about five years of use – compared to up to 15 years for Worcester Bosch boilers.

However, with their latest CLAS NET ONE range, they appear to be upping their game significantly.

Ariston used to offer quite low guarantees, but like I said, the brand is now at a turning point. They’ve turned the corner, and are now offering amazing 12-year guarantees on some of their new boilers. This is enough to make Worcester Bosch question themselves.

One other thing is that their guarantees used to be managed by Domestic & General, rather than Ariston themselves. You might also want to check the small print and see if this is still the case.

Worcester Bosch’s market leading guarantee lasts up to 10 years, and manage everything themselves rather than going through another company.

Ariston are known as a large global company with a relatively good reputation, despite usually being at the cheaper end of the market. You may even be familiar with some of their TV advertising. However, now, they’re turning a lot of heads with their latest offers and 12-year guarantee. Things are definitely looking up for Ariston!

When it comes to reputation, however, you can’t really get better than Worcester Bosch, which has been awarded the Which Best Buy for the fourth year running.

Ariston boilers are at the slightly cheaper end of the market, and this was mostly due to their cheaper components (although, again the CLAS NET ONE is an exception here). You can expect to pay around £350 less than a Worcester Bosch boiler, making this particular option an appealing choice if you’re a landlord on a budget.

Although the latest offerings from Ariston looks on paper like great pieces of kit, Worcester Bosch is tried and tested. As an experienced engineer, I like to err on the side of caution until newer boilers have been proven to be effective. I’ll be keeping an eye on these, and looking out for consumer reviews.

Another thing to consider is that Ariston boilers are known to be a lot noisier than Worcester Bosch boilers – the latter in particular is known for being one of the quietest brands on the market.

So, now we’ve discovered how Worcester Bosch compares to Ariston. Both have good reputations, although Worcester Bosch wins out in terms of reliability, variety and noise.

If you’re on a budget, Ariston may be appealing, although you should always check the small print on your extended warranty, in case you encounter any leaks due to those cheaper components. That doesn’t apply to the new CLAS NET ONE, though – this is clearly a step up for Ariston. And good on ’em!