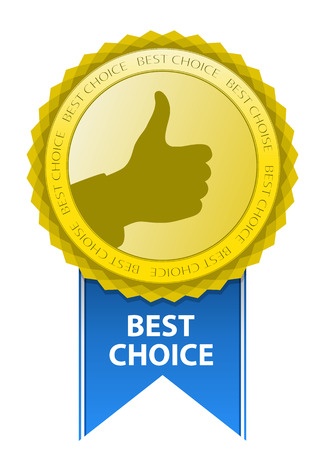 Of all the important decisions you have to make in your life, choosing a new boiler isn’t really the most exciting.

Nevertheless, it has to be done, especially if your old, noisy, temperamental boiler has eventually given up the ghost.

A new boiler is a significant investment for most families, so which brand do you go for?

Fear not, as I’ve been putting together a series of comparison blogs, where I pit current market leader and Which ‘Best Buy’, Worcester Bosch against many of the other leading brands (last week was Ariston).

So, this week I’m going to take a closer look at Ferolli boilers, and find out just how they match up to the reigning champion of boilers, Worcester Bosch.

Although like Worcester Bosch, their compact boilers are small enough to fit in your kitchen cupboard, their range still isn’t as wide as other manufactures.

Worcester Bosch has one of the biggest ranges in the market, with different outputs to suit any type of home.

Ferolli boilers are known to be unreliable, with cheap fittings that are often prone to leakages. Many Ferolli users commonly experienced a wealth of fault codes flashing up on their screens, and have had to take to the internet to figure out what they mean.

Worcester Bosch on the other hand, are known as one of the most reliable boilers on the market, and can go many years without displaying fault codes or experiencing problems.

Ferolli offer a five-year guarantee, although you must ensure your boiler is serviced at regular 12-monthly intervals for the guarantee to be valid. If you do happen to need a call-out for any reason, Ferolli will charge you £195, which you will get back after 90 days if the problem is down to the actual boiler. If it’s found to be an installer problem, you won’t be refunded.

Ferolli as a company are also very strict with their small print, so you really have to pay attention to all the clauses in your guarantee.

Known to have a market leading guarantee, Worcester Bosch offers a full eight years and will not charge you extra for call-outs.

Ferolli has one of the worst reputations on the market, although they have recently been working on improving their reputation.

When comparing Worcester Bosch with Ferolli, we’re really looking at boilers on the completely opposite end of the spectrum from each other in terms of reputation. Which, an unbiased peer-reviewed body, has awarded Worcester Bosch ‘Best Buy’ for four years running, and the company is widely known for being a market leader.

Ferolli boilers are extremely cheap, and at only half the price of a Worcester Bosch, significant savings are probably the company’s main selling point.

Another point worth noting is that unlike Worcester Bosch, Ferolli doesn’t have their own dedicated team of engineers, but instead hire contractors that deal with many different brands of boilers. The waiting time can be up to seven days, and once a local contractor has arrived, you can’t be sure they’ll have quite the same expertise level as a dedicated engineer working only with one brand.

So, now we’ve had the chance to review Ferolli alongside Worcester Bosch, what do you reckon? The former is definitely on the cheaper end of the scale, which may appeal if you’re on a tight budget, but their reliability could let you down in the long-run.

And with extra charges for call-outs, tricky clauses and small print in their guarantees, you could find the stress is more hassle than it’s worth. Whereas if you really want peace of mind, Worcester Bosch have you covered with dedicated engineers, no extra charges, and a market leading guarantee.