Are you worried about your old pilot light wasting gas?

With the rising price of fuel bills, no-one wants to pay more than they have to.

If you’re worried that you’re paying too much, it’s understandable that you might think your pilot light could be be to blame.

In fact, you’re probably right. The last boiler I fitted with a permanent pilot light was around 24 years ago!

This blog post will explain how a pilot light works, and how you could potentially make savings on your gas bills. 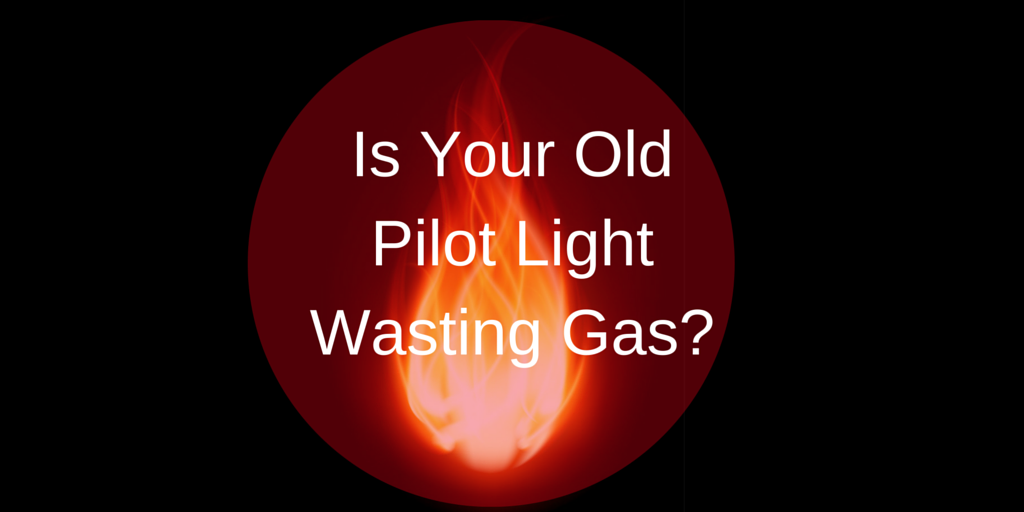 How a pilot light works

A pilot light is a small burning flame which burns 24 hours a day, 7 days a week. The point of it is to ignite the main burner when it is timed to fire up the boiler.

And unfortunately yes, as they burn constantly, this does waste gas. On average, a pilot light could be costing you an extra £90 per year.

This is because back when your boiler was likely fitted, energy efficiency was not considered as much as it is now, and gas was much cheaper.

Since boilers with pilot lights are likely to be at least 20 years old, it will probably also have poor controls and could be using gravity fed hot water.

So, it’s probably safe to assume that if your existing boiler has a pilot light, it is most likely old, inefficient and wasting energy.

How to save on your bills

You could save on your bills by installing a new, efficient A-rated boiler. Modern boilers have electronic ignition and light only when needed, so no more constant pilot light.

The saving on the continuous pilot light alone will be an average of £90.

Plus, by upgrading to a fully pumped system with the addition of energy efficient controls, you could find fitting a new A-rated condensing boiler could cut your gas bills by a staggering 40%.

Just imagine what you could do with the savings!

Sometimes, upgrading from a very old, inefficient system can be easier said than done, and you may have to put it off if there is going to be a large upheaval and immediate costs.

With very old boiler systems, this is particular true, as pipework, valves and controls will all need to be upgraded. You may also have to upgrade your gas pipe and route a condensate pipe to a nearby drain.

However, that doesn’t mean the switch is not worth doing. You will find that over time, the work will pay for itself in future savings, and you’ll be rewarded with a much more comfortable home.

If you’re worried about your old pilot light wasting gas, you have good reason. Most boilers with continuous pilot lights are at least 20 years old, and tend to be very inefficient systems. The pilot light running constantly could be costing you an extra £90 per year.

By upgrading to an A-rating modern condensing boiler with a fully-pumped system and energy efficient controls, you could save a whopping 40% on your energy bills.

If you have a particular older system, it may be that the immediate cost of replacing your boiler will be high, and might require some saving first. However, over time the work will pay for itself due to the considerable savings you will make back on your gas bills.