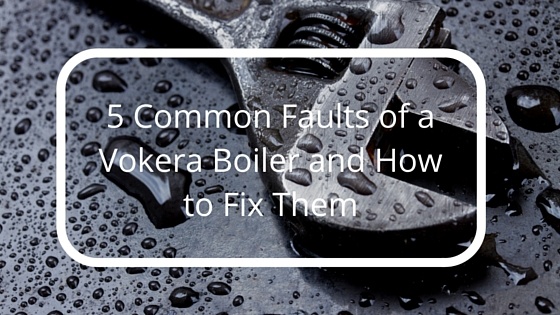 Are you wondering what to do about your faulty Vokera boiler?

There’s nothing so frustrating than having to put up with a faulty boiler, and especially if you’re worried about the cost of repairs, you may turn to the internet for alternative quick fixes rather than calling an engineer.

Vokera boilers are one of the most common budget boilers for landlords and first time buyers, as they get the job done for significantly cheaper than some of the premium boiler brands such as Worcester Bosch.

They are manufactured in Italy and because they are built to a cost, they are generally made from cheaper components with shorter guarantees.

The Fix: if the pipe passes to the outside of your property, try to thaw it out with hot water. If necessary, you can even try undoing it at the boiler and drain to a bucket underneath. Press the reset button and watch your boiler fire back to life.

The Fault: The above codes mean that there is an ignition failure with your boiler, in which case you can probably hear your boiler sparking but failing to ignite.

The Fault: The codes above mean your boiler’s pressure levels are low. Sometimes this can happen if there’s a leak, or if an air bubble has found its way into the system.

The Fix: Locate the filling loop underneath your boiler and top up the pressure to 1 – 1.5 bar. For more information, read our blog ‘What to Do if Your Boiler Loses Pressure’. We’ve even included a handy video!

The Fault: The above fault code means there’s likely a fault with your boiler’s fan; it may have become worn down over time.

The Fix: Test it out with a volt meter; if power levels are correct, it’s definitely time to replace your fan. If there’s no power, check the wiring from the PCB.

The Fault: With older Vokera Flowmatic boilers, one of the most common faults is finding that there’s no hot water, water is lukewarm, or the water only gets warm if your heating is on. This problem can be isolated to a faulty diverter valve. For more information, read my ‘Ultimate Guide to Diagnosing a Fault Diverter Valve’.

The Fix: In most instances, the diverter valve can be replaced, or you may want to try stripping down and replacing the diaphragm washer. Please note that these old boilers may come up with numerous errors month after month. If this is the case, it’s a sign the boiler is approaching the end of its life and needs replaced.

From a heating engineer’s perspective

As with any boiler, you have to assess your downtime and costs when thinking about repairs. For instance, if your old Vokera boiler is unreliable and you’re having to take time off work, plus spending £320 on a repair, only for it to break down again a few months down the line, when do you say ‘enough is enough’?

Once, I was called to repair an old Flowmatic boiler where another engineer had originally replaced the diverter valve two weeks earlier.

It turned out the boiler now had electrical problems, caused when the connections had been disturbed when replacing the valve. This resulted in water dripping onto the PCB, making the electrics short out.

The cost of replacing the PCB wasjust too expensive, and the boiler was then replaced.

Sorry you’re having problems with your faulty Vokera boiler, but I hope this blog has been of some help with diagnosing the problem. We have lots of useful videos and guides on our website if you need further help.

However, if you have any specific questions about faulty Vokera boilers, feel free to drop me a comment and I’ll do my utmost to answer you in a timely fashion.