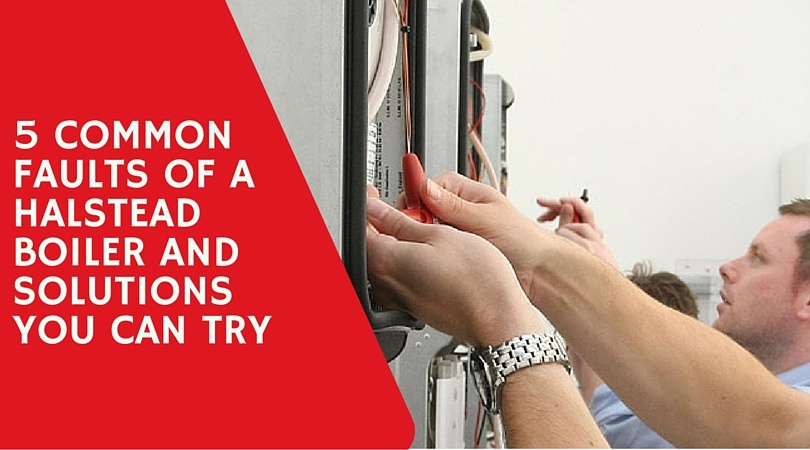 Are you having trouble with your old, faulty Halstead boiler?

Knowing what to do when your boiler breaks down can be tricky, as you never know how serious the problem actually is, or how difficult it’ll be for an engineer to fix.

As an experienced Edinburgh heating engineer, I’ve personally dealt with this brand many times in the past, which is why I’ve put together this handy guide for troubleshooting a faulty Halstead boiler – to help you diagnose the problem.

NOTE: Remember, DO NOT try to fix the problem yourself; always call a Gas Safe registered engineer.

Halstead was a British boiler manufacturer that used to be fairly popular with installers around 20 – 25 years ago. They were known for their reasonably priced, reliable boilers, and I’m not entirely sure why they fell out of fashion and stopped being stocked by merchants.

Equried by the Glen Dimplex group, Halstead withdrew from the market in 2012, and is sadly no more. In some ways, Halstead were quite similar to Sime boilers, although Sime is still going today.

Fault 1: Boiler fails to ignite/cuts off

If you can hear your faulty Halstead boiler going through it’s usual sequence, and perhaps even managing to ignite briefly before cutting off, it could be a fault with the air pressure switch.

If the above problem is occurring despite the air pressure switch tested with a volt meter and found to be okay (and the hoses have been checked), it could be faulty electrics from the PCB (printed circuit board).

The biggest fault I found on Ace high models in particular was the PCB, although it always looked like something else – such as the fan or air pressure switch. That’s why an engineer must always trace the current from the PCB with a volt meter – otherwise you could be paying for extra parts unnecessarily.

The Fix: An engineer will most likely advise a replacement PCB.

The Fix: Get an engineer to either replace the faulty diverter valve, or strip it down and replace the diaphragm washer and spindle.

If your boiler is not even attempting to spark or ignite, but your water pressure is fine, it could be the fan has seized or jammed. Another sign of this is if your boiler has been making rattling noises for a few weeks prior to failing.

The Fix: To see if the fan is really the problem, an engineer will probably want to turn the power off and try to rotate the fan first. You’ll likely need a replacement. If you’re waiting overnight for parts, it can sometimes help to spray a little WD40 on the fan spindle, which can loosen the spindle andtide you over for a few days.

If your boiler turns on, and you can hear the fan running along with the air pressure switch lifting – and the boiler trying its best to ignite without any luck – it’s most likely a fault with the gas valve or solenoid on the gas valve.

The Fix: First, an engineer will probably test for power to the gas valve with a volt meter, before replacing your gas valve – or solenoid, if it can be sourced separately.

If you have a Halstead boiler, there’s a very good chance it’s seen better days, as these boilers are now fairly old and inefficient. If yours is being unreliable, it may be coming to the end of its life and I’d advise you to consider a replacement to avoid it costing you more in expensive repairs later down the line.

Upgrading to a new, A-rated boiler could save you a lot of money in the long-term, although you may see it as a bit of an investment in terms of upfront cost.

I hope this blog has given you a better idea of some of the most common faults you can expect from your Halstead boiler, and it may even have helped you diagnose a problem you’re having at the moment. Just remember to always call in an expert, and do NOT try to fix the issue yourself.

Are you experiencing a fault with your Halstead boiler that I haven’t mentioned above? Either leave a comment below or get in touch with me directly – I’ll be happy to help!