Boiler Comparison: Do You Need an Electric or Gas Shower?

Are you trying to decide which type of shower is best for your home?

If you’re like many of my customers, you probably want plenty of steaming hot water that’s ready whenever you are, at a good, invigorating pressure to help you feel your absolute best in the mornings.

But there’s so many options available! When you don’t know a lot about showers, it can seem puzzling when trying to decide on what’s best for your home. 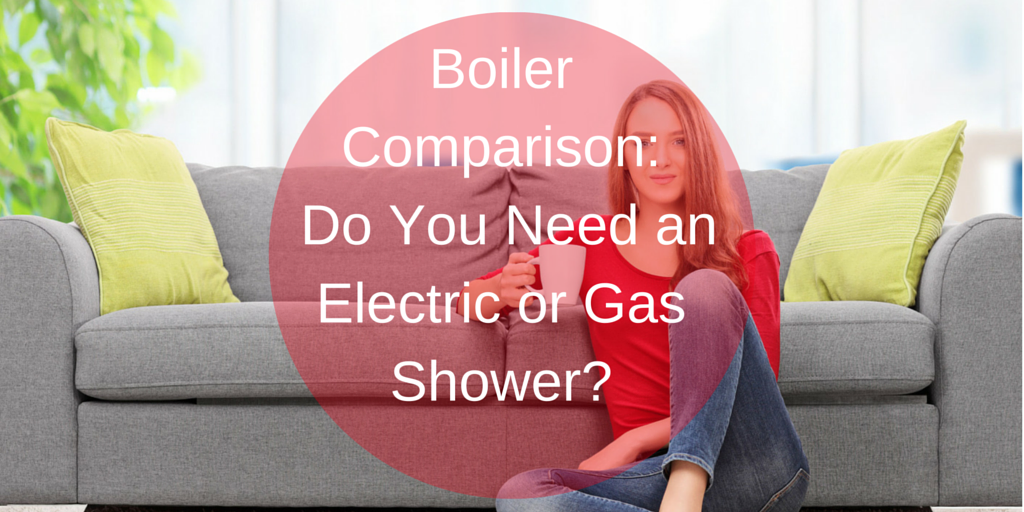 Below, I’ve put together my years of experience as a heating engineer and compared your three main options to help you make the right choice.

Our first possibility is an electric shower, and is a popular choice due to the fact that they can provide instantaneous hot water without it needing to be heated first. This shower is fed directly from the mains water pressure, and it’s also energy efficient as it means you won’t be heating more water than you need.

You can use an electric shower regardless of the type of boiler or heating system you have, because it runs separately. Another great bonus of this is that you will still have access to hot water if your boiler breaks down.

There’s nothing worse than being stuck without hot water, so if you absolutely can’t live without a hot shower in the morning, this is probably your best bet. However, you won’t have as high a flow rate as you would if the water was being heated by a combi boiler or a power shower.

Your next option is an electric power shower, and happens to be favoured by those who like their shower to have lots of lovely pressure, for a particularly invigorating experience. However, this option cannot be used with a combi boiler or unvented high pressure hot water tank.

It works by using hot water from a low pressure hot water tank and has an internal pump which gives the added power. My customers often get confused with electric power showers, as the ‘electric’ part sounds like it heats the water by electricity instantaneously.

The water is actually heated in the hot water tank by either your gas boiler or electric immersion, and there is an electric pump in the shower unit which pumps the water to the shower head, giving a good flow of water.

TIP: If changing to a combi boiler or fitting an unvented high pressure cylinder, power showers or shower pumps simply won’t work. The shower will have to be replaced or the shower pump removed.

Your final possibility is a mixer valve shower. This type of shower can be used with a low pressure hot water tank, but will only give you hot water if the water in the tank is heated by the gas boiler or electric immersion.

A mixer valve shower can be fed direct from a combi boiler, or from a high pressure unvented hot water tank. It’s also worth bearing in mind that it has fewer working parts and no electric circuit boards, so typically last longer (as there’s less to go wrong).

TIP: If you can’t decide between this option and an electric shower, remember that a shower heated by a gas combi boiler will always have a higher flow rate than an instantaneous electric shower.

One or two bathrooms?

If you have en suite and separate bathroom, I would personally have an instantaneous electric shower in one, and a mixer valve shower with the hot water heated from the gas combi boiler, regular gas boiler or electric immersion in the other.

If you only have one bathroom or shower room, I would have a high pressure mixer valve shower with a combi boiler. Most good boilers are very reliable with up to a 10-year guarantee. So you are more or less guaranteed you will always have hot water.

If you’re feeling a bit stuck when it comes to deciding on the best type of shower for your home, this blog post is for you. I’ve put together my years of experience in the industry to help you make the best decision based on your current type of boiler, number of bathrooms and central heating set-up.

Your main choices are:

So, whether you’re looking for instant hot water, lots of lovely pressure, or already own a combi boiler that can provide you with all the instant hot water you’ll ever need, you’ll be able to find the right shower for you.

Which type of shower will you go for?